The band’s 1st song, Alberta Home was originally published spring of 2011. Since the release of the bands 1st full studio album in September 2012 Tap9’s identity has become more defined. Leaning back on their country roots (It’s hard not to have country roots when you hale form San Antonio, Texas or Lacombe, Alberta) this newest 3 track offering dubbed Cowboy In Paradise once again demonstrates Tap 9’s versatility. 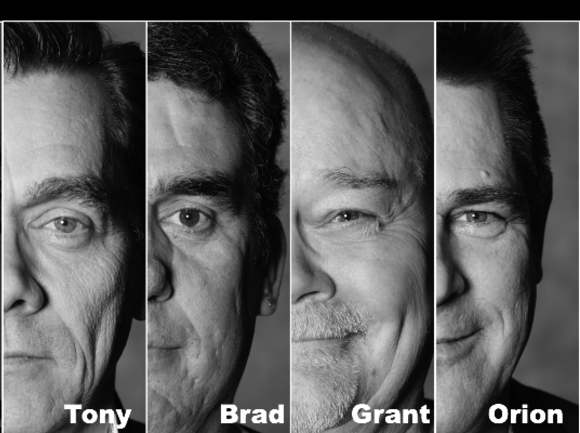 Steve Tanner. Electric bass.  Steve is a former band director and arranger from San Antonio, Texas, and has performed with Opryland Theme Park, Seaworld of Texas, and big bands in the South Texas area.  Although accomplished in many styles of music, he lists light rock, jazz, Latin, and funk among his favourites. He has been a member of Tap9 since 2010.

​Tony has been playing music since he could hold a guitar. After leaving Professional music in his late teen years, his love of music brought him back as a prolific singer songwriter with Tap9.

Back in Kelowna BC, Brad's passion for music couldn't be held back. Since recording and touring with bands in the 90's Brad has never stopped fine-tuning his craft.

Playing like a god on Fire, Grant has been playing professionally since the 80's.  A master of his craft and prolific song writer, his  sound is as sweet as a first kiss

Playing with many well know bands and artist for the last 30 years, Orion fingers are "magic" A professional who can make a guitar sing with poetry